A PACK OF WOLVES

A PACK OF WOLVES by Eric S. Brown.

Cowboy werewolves with shotguns....nuff said! Out on Kindle and in Paperback by Xmas. 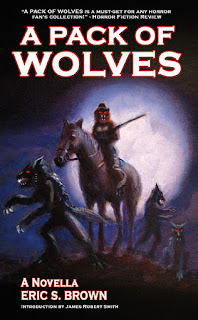 Posted by Grand Mal Press at 6:09 PM No comments: 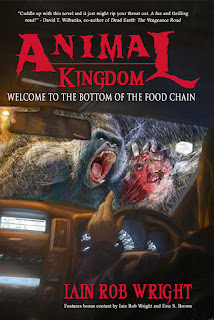 WELCOME TO THE BOTTOM OF THE FOOD CHAIN!

Aside from being freakishly tall, Joe is just an ordinary divorcee taking his son, Danny, to the zoo for his weekend of custody. Everything is going great until a bizarre snake attack sends everybody in the zoo running for cover. It isn't long before Joe realizes that there is a lot more going on than a simple snake attack. And if the hungry lions, roaring gorillas and charging elephants now free from their cages have anything to say about it, there is more bloodshed to come. All of the world’s animals are attacking, and no one knows why. What they do know is that man is now on the bottom of the food chain.

"Cuddle up to this novel and it might rip your throat out. A fun, thrilling read!" David T. Wilbanks - Co-author of Dead Earth: The Vengeance Road

"Animal Kingdom is one of the BEST horror books I have read in YEARS!" - Eric S. Brown, author of Last Stand in a Dead Land
Posted by Grand Mal Press at 3:19 PM No comments: